So... it wasn't that long ago we based the economy on the blooming of tulip bulbs. The Dutch bubble burst in 1637 and bubbles have frequented our economic history ever since. Tulip mania has taken on many forms. For better and for worse. What if we, finally, were to realise that societal development should be based on the blooming of people? Wouldn't that pave way for a healthier and more holistic approach?


Now, what flower are you blooming to?
Upplagd av EVELINA kl. 16:31 No comments:

Co-Creation and the New Internet Generation

No man is an island. And no wo-man should stand home alone in the kitchen without interacting with the rest of the world. The wo-man of the 21st Century is conscious enough to know this – and we should make use of this knowing to create newness. An important part of this newness is co-creation. I believe we’ve only seen the beginning of what we can accomplish by conscious co-creation and I’m looking forward to being a witness – and participator – of it for the next decades to come.


Studying the history of creativity, one most acknowledge that we’ve been creating from the beginnings of time. However, the word ‘creativity’ has only been widely used during the last sixty something years. In the 20th Century, creativity was very much associated with the lone male genius – often being a scientist, artist or crazy inventor. And yes, by all means; do embrace some of that craziness of yours. And share it. Let’s be crazy together. Let’s push boundaries together. Let’s expand together. Because we’re nothing in relation to nothing. We are in relation to each other.
No Nobel Prize is won without a team effort. And no scientific discoveries are being made without a long lineage of former discoveries by other researchers. What we do today is the sum of the efforts of so many before us. Every new discovery bridge past and future discoveries. We are all linkages and building stones. And why bother negatively if someone proves me wrong? Let’s celebrate even that. Every right and wrong helps in the revealing and uncovering of truth. And let’s be humble; all good science is about discovering what already is. No master mathematician, physicist, biologist or chemist would argue with that.
It’s basically the same with all kind of creation. We are shaping and creating a form to what already is. Possibility is infinite and it always is. That’s why we can make the most out of creative activity by creating together. And how can we do that? Only by acknowledging the greatness in each other and by striving for synergies and value added by the fact that we are contributing differently. Differently means complementary.
Why don’t we thank the World Wide Web for granting us a platform that teaches us and allows us to create together? The examples of joint exercises are so many, everything from Wikipedia, to Harry Potter fan-works to blog operas being created by a large number of contributing writers. A whole new generation formed by, and co-creating in, the Internet is growing up to change the structures also in the physical world. And they have new ways of doing things, compared with the old. These new ways of doing things are based on new values. These are some of the more crucial value changes of the new Internet Generation:
As we stop separating things and people from each other, the rules of competition is of course outplayed. So are the ways we value things, and especially the way we have put prizes on things. If we no longer can determine who the monetary value belongs to in relation to a creative process, we put the monetary system as we know it out of order. When we put then monetary system out of order, we put politics as we know it out of order. When we threaten the political sphere as it knows itself, that’s when it tries to circumscribe the free activities of the Internet – as is happening in many nations around the world and now even in the EU.
But let me tell you this, it’s too late to circumscribe the effects of the Internet; it has already taught a whole new world wide generation about co-creation, completion, unity and connectedness.
Upplagd av EVELINA kl. 14:48 No comments: 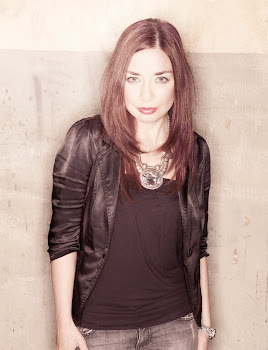